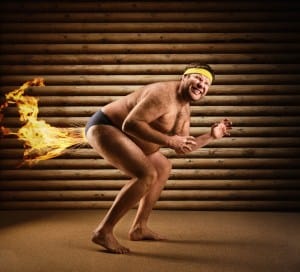 Farting is generally a topic for seven year old boys.

I know for a lot us this is a sensitive topic.

We pretend we aren’t doing it and that other people are like walking wind machines.

Did you know that farting is a natural part of the digestive process?  Farting indicates a sign of healthy gut bacteria.

Farts are a mix of swallowed air that we take in while talking, eating, drinking and chewing plus the gas produced by the gut bacteria in the colon.

Our bacteria creates gases as they breakdown sugar and starches from food the body can digest. The process of the bacteria breaking down the foods leads to around 2- 6 cups of gas a day. That’s a lot of bottom burping!

Regular farting is a sign that you are consuming enough fibre. The only way to eliminate the toot would be to eat a diet of only refined sugar and none of us want that.

We all fart somewhere between 10 and 20 times per day. I am shocked and slightly disbelieving of this next fact. Anyone else think this is a FAKE fact?

Women (allegedly) smell worse than men. This is due to the balance of hydrogen sulphide gas.

Noisier farts tend to be more from swallowed air and they are less smellier whilst those SBD’s (silent but deadlies), which are driven from fermentation. They are smaller in volume but smellier.

Noisy farts can often be due to the positioning of your body when you fart. You’ll notice lifting a cheek it’s likely to squeeze out and be more noisy.

But thankfully for all of us, 99% of the gas that is produced doesn’t smell. If you wanted to rip one off you can be safe in the knowledge that it is unlikely to smell. But for public safety reasons don’t do this in lifts. We have all been on the other side of this 🙁

We like the smell of our own farts (mostly) when we are comparing them to others. They may not be rose smelling but our nostrils appreciate our own smell.

If you drop your guts and you notice that it could hospitalise a small child, then something is going on for you. These sort of farts can happen if you over-consume dairy or you have a lactose intolerance problem. They can also indicate a more serious problem like; Small intestine bacteria overgrowth (SIBO), Coeliac’s disease, Crohn’s disease, infection, food intolerances, bacterial infection or maybe even colon cancer. So get that checked stat!

Holding farts in won’t make them disappear unfortunately. This will only lead to bloating and abdominal pain, so better out than in I say!

So the next time you let her rip, drop your guts, let fluffy off the chain, toot, or whatever it is you do remember that your gut bacteria are helping you to a healthier body.

And in the words of Anna from Frozen ‘Let it go’.