5 Second Rule- Are you doing this? 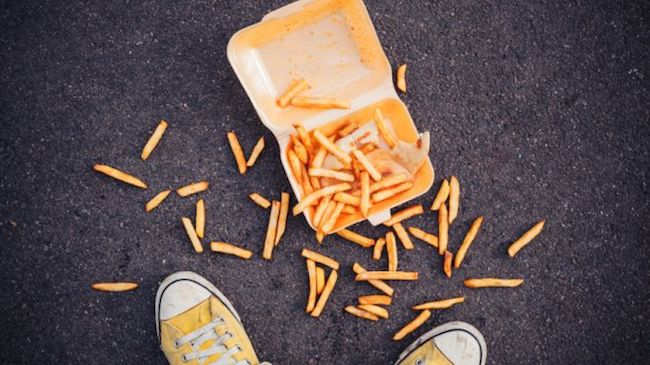 Have you ever been cooking or preparing food and dropped it on the floor?

Do you believe in the 5 second rule or do you throw the food away?

In September 2016 there was a 2 year study from microbiologists from Rutger University in New Jersey. This study concluded, 5 second rule or not, the food you pick up from the floor will have bacteria on it. The longer the food is left the more bacteria it will have. Moisture content plays a part as well. Foods like watermelon, accumulated bacteria much faster and with greater density due to moisture content. Foods that landed on tiles or stainless steel also accumulated bacteria quicker whereas carpet and wood not so much.

Lots of people are obsessed about this. The good news is that if you have a normal functioning digestive system eating food that has dropped on the floor will not be a problem for you. Eating small amounts of bacteria is not the end of the world. We have a structured defence mechanisms to kill the bacteria. A well performing digestive system will kill the bacteria before it leaves the stomach.

To be honest the worst place you can drop food in your kitchen is your sink. The kitchen sink usually has the highest bacterial count of anywhere in your house. Dirty cloths that harbour bacteria, kitchen scrapings and scraps placed into the sink. Unlike the toilet which gets cleaned regularly, the sink rarely gets cleaned. Other places that have high bacterial loads are the refrigerator handle and kitchen counters, especially if you used that dish cloth to wipe them over.

There is no grace period for food that comes in contact with the floor – 1 second or 5 seconds it really doesn’t matter. The longer the food stays on the floor the more contaminated it will become. What matters is it a wet or dry food and the surface type that its landing on. I’m much more likely to eat a cracker that has fallen on the floor than a piece of watermelon.

5 second rule the choice is yours!

I’m off to clean my sink.

If you would like to know more about how I could help you, book in for a free 15 minute GUT HEALTH ASSESSMENT and let’s get you started.